“Appraisals” – The most favorite word of all salaried professionals in this entire universe. Well, once it’s done, most of them end up disliking that word. Why!! Well, it is obvious, once they hear the following statements – “You were good, but you could have done better”, “There is still some scope for improvement”, “We wanted to promote you, but the bell curve is the issue”, “Next year we will surely promote you”. Right!!! Me sure most of them might have heard all these things, or at least some of these in the past. And for those who did not hear any of these, are the few lucky ones 🙂

For a Recruiter, Appraisal Season is where they have to get ready for hiring. Why hiring!! Well, based on the hikes announced by the company, people will decided to stay or quit. If they quit, Delivery managers will raise new requisitions, and the hiring season will be on for recruiters. For HR Professionals, well, it might turn out to be a nightmare, based on the hike declared. And for an employee, well, for some it’s shopping season and for some it’s time to reflect on their own performance. In case you might have missed out previous post about Appraisals, you can view it here – Life of an Employee, HR and Recruiter during Appraisals

The other day I was just going through this article in HBR – How to Write the Dreaded Self-Appraisal . There are some useful tips given in the post about how to manage your appraisals. But there is also a group of people who are not that impressed by the funda of Appraisals. People often end up saying that there is no use of this. Do you also feel the same!!! OK, let’s get back to some good news to all salaried people out there.

Last year, thanks to Infosys, the Appraisal season was not that great. Now you might ask how Infosys can make an impact on our Appraisals!!  Well, Infosys did end up announcing that it will not give any hike for its 149000 employees for 2012. That was a major hint to the other IT companies, as this was a massive step by one of the Industry leaders. Soon, there were a series of other companies who too kept the wait and watch strategy on. But other companies ended up giving 8-12% hike, matching the industry average. So will there be a similar hike this time around!!! Based on the following reports, it can be seen that there will be a double digit hike this year.

So is this good news!! Well, for some of them, they would be happy to know that the hike this year will be in double digit. But for some it might not be enough. Well, at the end of the day, nothing seems to be enough, considering the inflation and price rise around us. So what do you think about this Hunting season!! OOPS, Appraisal Season!! How are you preparing to present yourself this season!! Looking forward to your views on the same. 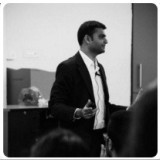 You can find me here